According to Fast Company magazine, college athletes tend to make the best employees because of the skills they learn on the field or court. Here’s why:

Athletes have been playing all their lives and learned how to eliminate distractions in order to win.

Losing in a public way teaches students grace and persistence.

Working with tough coaches teaches athletes to give and receive constructive feedback.

Most athletics are done in a team setting where each player must depend on others to achieve success.

Student athletes have to balance multiple responsibilies and learn to effectively juggle them all to succeed.

Terry wanted to be Warrior. Ever since the team visited his academy, he dreamed of playing basketball for Union College.

“That was one of the main factors that drew me to Union,” said Terry Forde, a 1993 graduate.

Terry’s parents taught him to work hard, so when he arrived at Union in 1988, he did. But working multiple jobs while playing on the basketball team began taking its toll and a couple of grades slipped a bit.

“We helped him learn to better manage his time,” said Ron Dodds, head men’s basketball coach from 1990-2017. “He ended up graduating with a good GPA and became a leader.”

During his four years playing for the Warriors, Terry learned a lot more than how to manage his time and get good grades. “Just being part of a program that allowed us to go out, compete and visit churches and academies—all those things were building blocks,” Terry said.

Work with the resources you have.

“Many of the universities we played had nice locker rooms, and we didn’t even have a home locker room,” said Terry. “Union didn’t have money, so I asked Coach Dodds if I could paint and lay old carpet in an unused room in the balcony so we could have a locker room.”

Learn to win and lose with dignity.

“I remember the first time we beat Nebraska Wesleyan University,” Terry said. “Unlike us, most of their team had athletic scholarships.  We saw the results of the hard work we put in without getting any money. Shortly after, we played a school in Missouri—one of the top ranked NAIA teams in the country. We got blown out the gym and had to handle that defeat with grace and humility.”

“How do you face adversity in your life?” asked Terry. “Sports is a wonderful teacher. In school, you deal with adversity, but it’s just between you and the teacher. In sports, your challenges are on public display. You learn to face adversity as a team with everyone watching.”

There are no shortcuts in life.

“Athletics teaches you that hard work does pay off in fitness, in teamwork and in accomplishing goals,” he said. “I had to work hard to develop my basketball skills and keep my grades up. You can’t take shortcuts to be excellent.”

Terry’s mother saw the difference playing basketball made in her son’s life. “Several years after he graduated, Terry’s mom wrote me a letter,” said Coach Dodds. “She told me Terry wouldn’t be where he is today if not for our basketball team.”

For Terry Forde, the lessons learned at Union both on and off the court helped shape him into a warrior for those who need quality  health care. As CEO of Adventist Healthcare, a system of four hospitals and a variety of other care facilities in Maryland, Terry is guiding his network to provide the best care possible for his community. 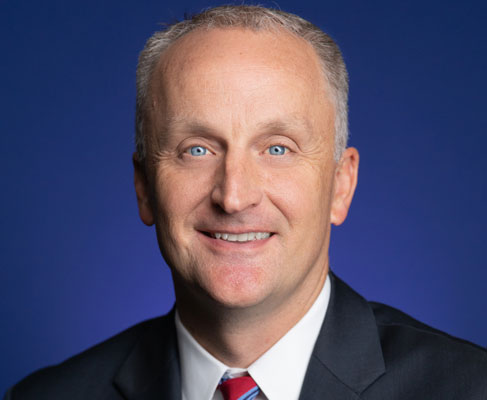 Terry Forde, a 1993 graduate, uses skills he learned as a Union College Warrior in his current role as CEO of Adventist Healthcare, a hospital system in Maryland.

In the photo header photo, Forde accepts an award on behalf of the basketball team from then-board chair Joel Tompkins.

Give today to help build leaders. 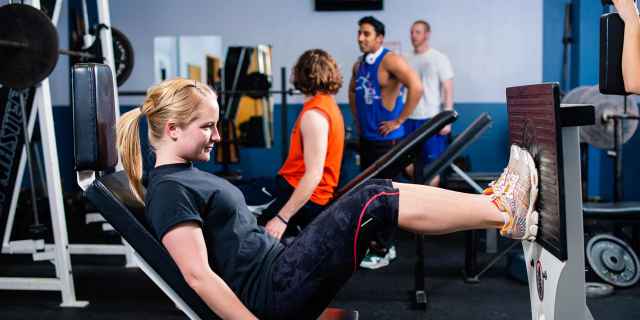 Fit for the future

The campaign for a healthier Union College 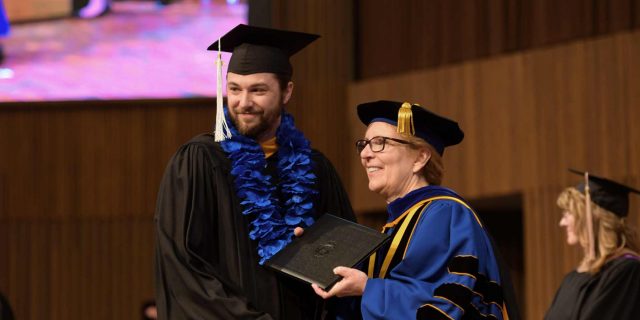 A renewed focus on wellness for a better Union

Read a message from Dr. Sauder 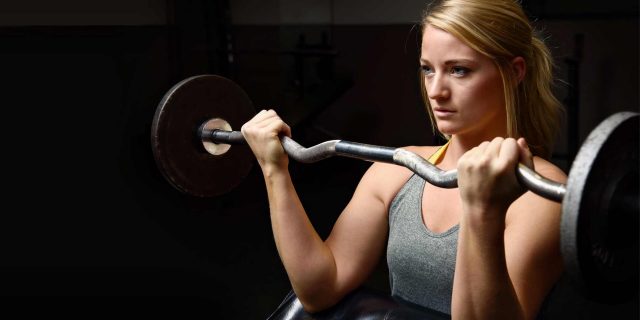 Exercise and other wellness practices provide a foundation for success. 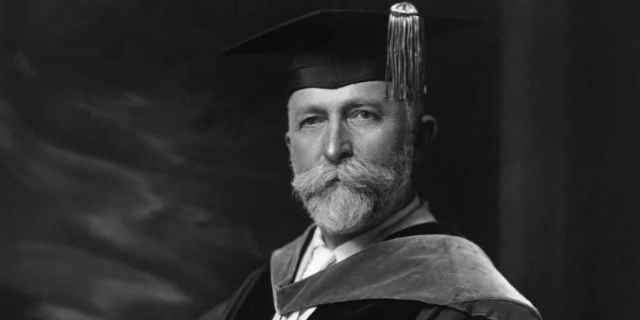 Since its earliest days, Union College has taught healthy living. 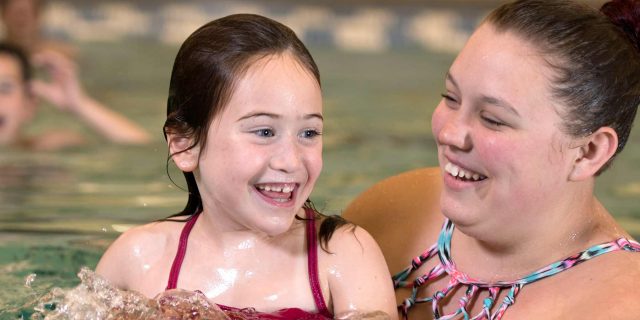 The benefits of Union's facilities are felt far beyond our campus. 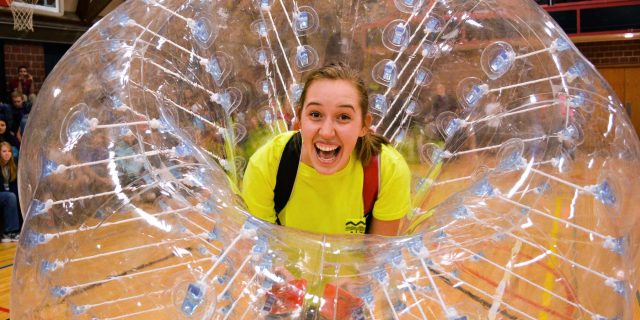 This project is the result of years of research and requests. 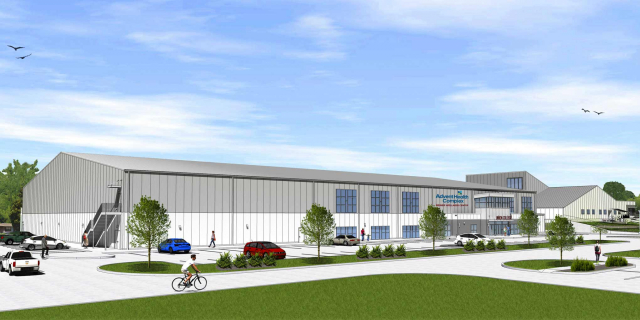 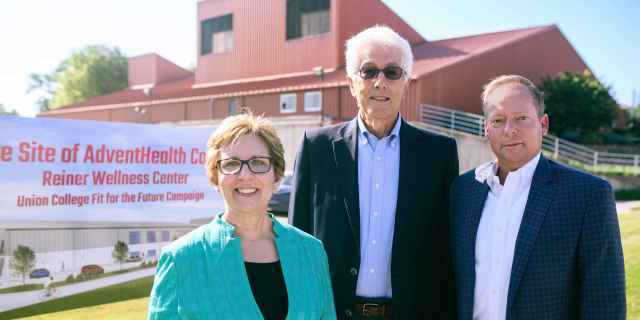 See who else has given. 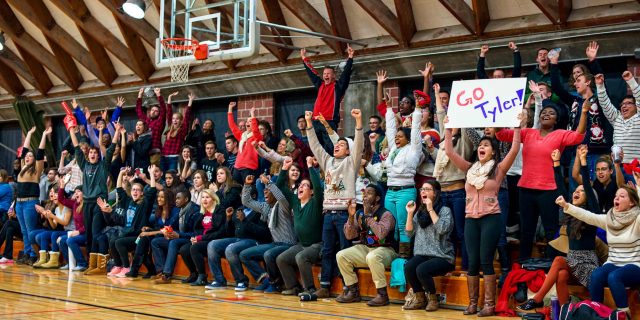 Are you ready to support healthier lives and increased opportunities?